This MVRHS teenager and her peers are proving it’s never too early to start making a difference in your community.

Seventeen-year-old Annabelle Brothers is not yet of voting age, but that hasn’t stopped her from influencing climate policy and awareness around the Island. The Martha’s Vineyard Regional High School (MVRHS) senior is a leader of the school’s Protect Your Environment Club, a subcommittee member of the Martha’s Vineyard Climate Action Plan, and a student advisor to the Bluedot Institute — Bluedot’s new non-profit dedicated to inspiring and supporting young climate journalists.

Brothers’ interest in environmental issues was piqued by the Plastic Free MV movement, which began when she was a student at the West Tisbury School. When she got to high school, a friend introduced her to the newly formed Protect Your Environment Club. “My mind was kind of blown,” Brothers said. “I was constantly learning all this new, incredibly important stuff.”

The Protect Your Environment Club is more than a place for high schoolers to discuss environmental issues. Club members are advocates for environmental change across the Island. They have successfully installed water refill stations in the high school (to help deter the use of plastic bottles) and implemented a school-wide composting system. Last year, the club sent a letter to local landscapers asking them to consider more sustainable lawn-care practices, such as switching to electric equipment and planting native grasses. They also invite local experts to address their group on topics from offshore wind to climate anxiety.

Those intergenerational talks have since evolved into “Climate Cafés” and “Youth-Led Climate Summits” led by the Protect Your Environment Club and Felix Neck education director Josie Kirkland. The events invite the public to ask questions and engage with students on environmental issues.

“It was very helpful to be in an environment where we have a lot of adults who are concerned about the same things that we are,” Brothers said. “Sometimes it can get a little bit lonely when you don’t know what to do, or who to ask for help. But the willingness of the experts to come and talk to students about their areas of expertise was eye-opening. And it tended to spur different ideas in the club.”

Brothers’ involvement with the Climate Cafés and Climate Summits connected her to the Martha’s Vineyard Commission’s Climate Action Plan. Brothers began working with the transportation and infrastructure subcommittee to identify climate-related pain points and strategies for addressing them. Brothers said the experience opened her up to the realities of living on an Island where resources are finite and drinking water, supply chains, and even routes to the hospital can be severely limited by a climate event.

The Climate Summit also led Brothers to the Bluedot Institute, where she acts as a student advisor. Brothers is appreciative of the Institute’s mission to support students working on climate-related projects. “Media coverage doesn’t highlight a lot of positive projects or events. I think a lot of students are already navigating so many other aspects of life, and they can become kind of lost on what to do regarding the climate crisis,” Brothers said. “I think creating a centralized space where students can learn from each other is really important. And I’m excited to be a part of it.”

Brothers should know what it’s like to navigate multiple aspects of life. In addition to her work in the climate sphere, she sails, plays field hockey, participates in the MVRHS musical theater program, and sings in the school choral group, the Minnesingers. She plans to attend college next year, with a focus on urban planning and environmental engineering. Brothers said it was the potential for intersectionality that drew her to urban planning: “The climate crisis encompasses different social issues, economic issues, so there is a real impact — not only in decarbonizing cities but also creating jobs.”

In spite of these ambitions, Brothers is cognizant of the adages regarding the best-laid plans. “My plans could change,” Brothers said. “But there are so many different reasons to go into the environmental sciences. And that’s exciting.”

“The climate crisis is something that inevitably will affect us all,” Brothers continued. “I think that it’s our responsibility to be aware of that and do everything we can to better our odds. I just think it’s the right thing to do.” 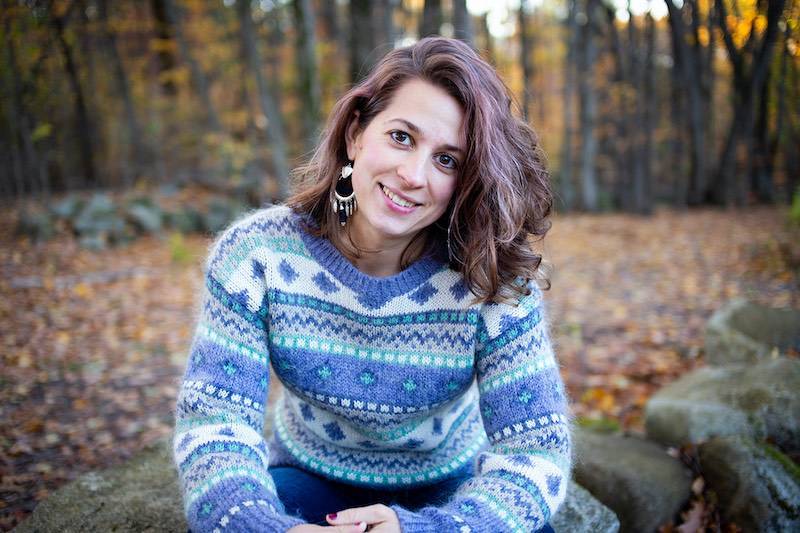 Kelsey Perrett
Kelsey Perrett, Bluedot's Digital Projects Manager, is a writer, editor, and digital communications consultant specializing in environment and outdoor recreation. She is the author of Moon Travel Guides' New England Hiking. She holds an English and Journalism degree from the University of Massachusetts, Amherst, and resides in the Pioneer Valley of Western Massachusetts with her partner and their five bicycles.