Our writer’s childhood friend drives him out to the Crick House.

When I heard that my friend Melinda Loberg was getting a new Rivian R1T electric truck I knew just whom I’d be taking on my next Cruising with Currier ride. And I knew just where we’d be going for the trip.

Rivian is an American-made electric vehicle automaker based in Irvine, California, that has a line of sports utility vehicles. But we’d be driving in one of the Rivian R1T pickup trucks, which helped Rivian earn a place on Time Magazine’s list of 100 most influential companies of the year in 2022.

Melinda is known on the Island as a former Tisbury selectperson and has been active in a number of environmental causes. She was part of the effort to bring nitrogen-reducing septic technology to the Island; she was involved with various stormwater initiatives through the Tisbury Waterways Inc., chaired the Tisbury Climate Committee, and was a member of the Island Grown Initiative and Vineyard Vision Fellowship Organics Committee that helped bring composting to the Island.

Melinda and I grew up in the same town outside of Boston, but her roots on the Island run deep. Her grandfather, Raymond Cleveland Fuller, was born and raised on William St. in Vineyard Haven and ran a small grocery store in town.

From the 1950s on, I spent many a summer at “The Crick House,” the name the Fullers gave to the cottage out at the end of Herring Creek Road, out by the breakwaters leading into Lake Tashmoo. There had always been a few fishing camps out there but the hurricane of 1938 reshaped the landscape. Up until then, Lake Tashmoo had been a freshwater pond, and Herring Creek Road ran all the way to Menemsha, and was used for delivering mail and milk. After the hurricane, the Army Corps of Engineers put in the jetties and opened up Tashmoo to the ocean.

Melinda’s grandfather bought three small slices of land out at the end of Herring Creek Road to pass along to his family and had a little prefab cottage brought over by barge. And it was here that Melinda’s family, often joined by us Curriers, would spend idyllic times on the beach in a tiny cottage with no utilities, out at the end of a three-mile dirt road that was so rough it was like taking a ride on the back of a dragon. I knew this was the place to take Melinda’s new Rivian for a test drive.

With our photographer, Sheny Leon, in the back seat, me riding shotgun, and Melinda at the wheel, we set off for “The Crick House.” The first thing Melinda did was put the car in the off-road setting and we could literally feel the car lift up — it rises 13 inches — giving it extra clearance.

My memories were of my head being smashed against the ceiling in previous rides along Herring Creek Road. “This doesn’t seem as rough as it used to be,” I said, turning to Melinda.

She explained that the town and the Land Bank had been working to smooth out the road, but added, “It’s the car. The reason the ride is smoother is the car!”

The Rivian isn’t the Lobergs’ first experience with an electric vehicle; they previously leased a Tesla S and totally bought into the EV mentality, but when the lease was up, Melinda said, “You know, I was thinking that I’m not really a car person, and my husband liked the idea of having a truck so when we saw the Rivian electric pickup we thought that this could be the car for us.

“There are no dealerships,” Melinda said, “so we negotiated the purchase online and we were assigned what Rivian called ‘a handler’.” Melinda said she thought, “my God, am I joining a cult?” As it turned out, the whole process was handled about as smoothly and expeditiously as possible. In fact, someone at the Registry of Motor Vehicles went out of their way to compliment Rivian on how well they had handled their customer service process.

“We placed the order around last Thanksgiving,” Melinda said, “and they told us we could expect delivery around the first of 2022. However, it took until around June before we started getting calls from the manufacturer and we took final delivery in August.”

Continuing our trip out Herring Creek Road, we stopped at the Crick House to take some pictures. This gave Melinda a chance to take us through some of the features of the car, which, given that she’d only taken delivery of it a couple of weeks earlier, she was still just learning about.

As Melinda said, Rivian was really going for the camping market and the company was doing everything it could to take you into the niche of roughing it in style. Starting with a kitchenette.

We stood outside the car and Melinda pointed to an 11- cubic-foot, so-called “gear tunnel” located just behind the rear seats where you could see from one side of the truck to the other and where a kitchenette could be accommodated. The Lobergs hadn’t purchased the kitchenette feature, but their son who does a lot of camping did purchase it for his car.

According to an online manual, the kitchenette, when installed, would contain a grill, a collapsible sink with a spray faucet, and a four-gallon water tank. Mini-kitchen drawers would contain everything from titanium cutlery to a water kettle.

Beyond the kitchen, the thing that really caught my eye, as someone who enjoys occasionally going off-road, was that the R1T comes with an onboard compressor. Press a button and you can take pressure out of the tires to enable the car to drive on the sand, and when it’s time to head home, the compressor can refill the tires to their prescribed levels which eliminates the need to find a gas station. Another attractive feature is a roomy tent that can sleep three and sets up off of the flatbed.

Admittedly, you pay a price for the Rivian R1T, depending on which package you choose. The vehicle runs in the low-$70,000 range. But consider the performance.

While Melinda has only had the car for a few weeks, she’s still working out the actual numbers. But according to the manufacturer it has a highway range of 317 miles, goes from 0 to 60 in 3.3 seconds, can climb a 45-degree incline and gets an impressive 35 MPGe for mileage. “MPGe” is the more useful metric for comparing energy consumption of electric vehicles. The Lobergs charge the Rivian overnight with a level two 220-volt charger they had installed in their house.

And then there are those headlights. Rivian calls them “stadium lights,” and what makes them unique is that they’re vertical. They’re arguably the most distinctive headlights in the automotive industry today. Which depending on the eye of the beholder are either ugly or the second coming of E.T. I happen to think they look pretty cool.

Editors’ note: As we sent this issue to the printer, Rivian announced a recall for the RiT truck to address steering issues. No injuries have been reported.

Where to charge an electric car on Martha’s Vineyard. 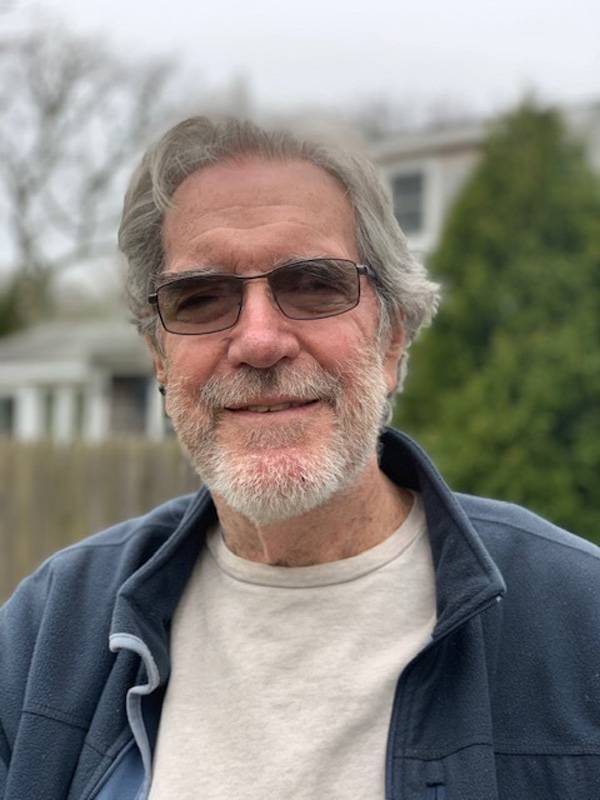